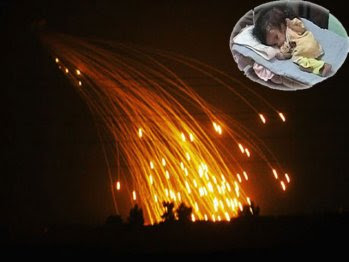 Research links rise in Falluja birth defects and cancers to US assault: report


A study examining the causes of a dramatic spike in birth defects in the Iraqi city of Falluja has for the first time concluded that genetic damage could have been caused by weaponry used in US assaults that took place six years ago.

The research, which will be published next week, confirms earlier estimates revealed by the Guardian of a major, unexplained rise in cancers and chronic neural-tube, cardiac and skeletal defects in newborns. The authors found that malformations are close to 11 times higher than normal rates, and rose to unprecedented levels in the first half of this year – a period that had not been surveyed in earlier reports.

The findings, which will be published in the International Journal of Environmental Research and Public Health, come prior to a much-anticipated World Health Organisation study of Falluja's genetic health. They follow two alarming earlier studies, one of which found a distortion in the sex ratio of newborns since the invasion of Iraq in 2003 – a 15% drop in births of boys.

"We suspect that the population is chronically exposed to an environmental agent," said one of the report's authors, environmental toxicologist Mozhgan Savabieasfahani. "We don't know what that environmental factor is, but we are doing more tests to find out."

The report identifies metals as potential contaminating agents afflicting the city – especially among pregnant mothers. "Metals are involved in regulating genome stability," it says. "As environmental effectors, metals are potentially good candidates to cause birth defects.

The findings are likely to prompt further speculation that the defects were caused by depleted uranium rounds, which were heavily used in two large battles in the city in April and November 2004. The rounds, which contain ionising radiation, are a core component of the armouries of numerous militaries and militias.

Their effects have long been called into question, with some scientists claiming they leave behind a toxic residue, caused when the round – either from an assault rifle or artillery piece – bursts through its target. However, no evidence has yet been established that proves this, and some researchers instead claim that depleted uranium has been demonstrably proven not to be a contaminant.

The report acknowledges that other battlefield residues may also be responsible for the defects. "Many known war contaminants have the potential to interfere with normal embryonic and foetal development," the report says. "The devastating effect of dioxins on the reproductive health of the Vietnamese people is well-known."

The latest Falluja study surveyed 55 families with seriously deformed newborns between May and August. It was conducted by Dr Samira Abdul Ghani, a paediatrician at Falluja general hospital. In May, 15% of the 547 babies born had serious birth defects. In the same period, 11% of babies were born at less than 30 weeks and 14% of foetuses spontaneously aborted.

The researchers believe that the figures understate what they describe as an epidemic of abnormalities, because a large number of babies in Falluja are born at home with parents reluctant to seek help from authorities.

One case documented in the report is of a mother and her daughter who after the 2004 battles both gave birth to babies with severe malformations. The second wife of one of the fathers also had a severely deformed baby in 2009.

"It is important to understand that under normal conditions, the chances of such occurrences is virtually zero," said Savabieasfahani.

Iraq's government has built a new hospital in Fallujah, but the city's obstetricians have complained that they are still overwhelmed by the sheer number of serious defects. The US military has long denied that it is responsible for any contaminant left behind in the city, or elsewhere in Iraq, as it continues its steady departure from the country it has occupied for almost eight years.

It has said that Iraqis who want to file a complaint are welcome to do so. Several families interviewed by the Guardian in November 2009 said they had filed complaints but had not received replies.

The World Health Organisation is due to begin its research sometime next year. However, there are fears that an extensive survey may not be possible in the still volatile city that still experiences assassinations and bombings most weeks.

"An epidemic of birth defects is unfolding in Fallujah, Iraq," said Savabieasfahani. "This is a serious public health crisis that needs global attention. We need independent and unbiased research into the possible causes of this epidemic. We invite scientists and organisations to get in touch with us so that we may gain the strength to address this large global public health issue."

Birth-defect rates in Falluja have become increasingly alarming over the past two years. In the first half of 2010, the number of monthly cases of serious abnormalities rose to unprecedented levels. In Falluja general hospital, 15% of the 547 babies born in May had a chronic deformity, such as a neural tune defect – which affects the brain and lower limbs – cardiac, or skeletal abnormalities, or cancers.

No other city in Iraq has anywhere near the same levels of reported abnormalities. Falluja sees at least 11 times as many major defects in newborns than world averages, the research has shown.

The latest report, which will be published next week in the International Journal of Environmental Research and Public Health, says Falluja has been infected by a chronic environmental contaminant. It focuses on depleted uranium, used in weaponry during two US assaults in 2004 as a possible cause of the contaminant. Scientific studies have so far established no link between the rounds, which contain ionising radiation to burst through armour and are commonly used on the battlefield.

The study focuses on metals as a potential conduit for the contaminant. It suggests a bodily accumulation of toxins is causing serious and potentially irreversible damage to the city's population base, and calls for an urgent examination of metals in Falluja as well as a comprehensive examination of the city's recent reproductive history.

Posted by For Fallujah's Children at 5:01 AM